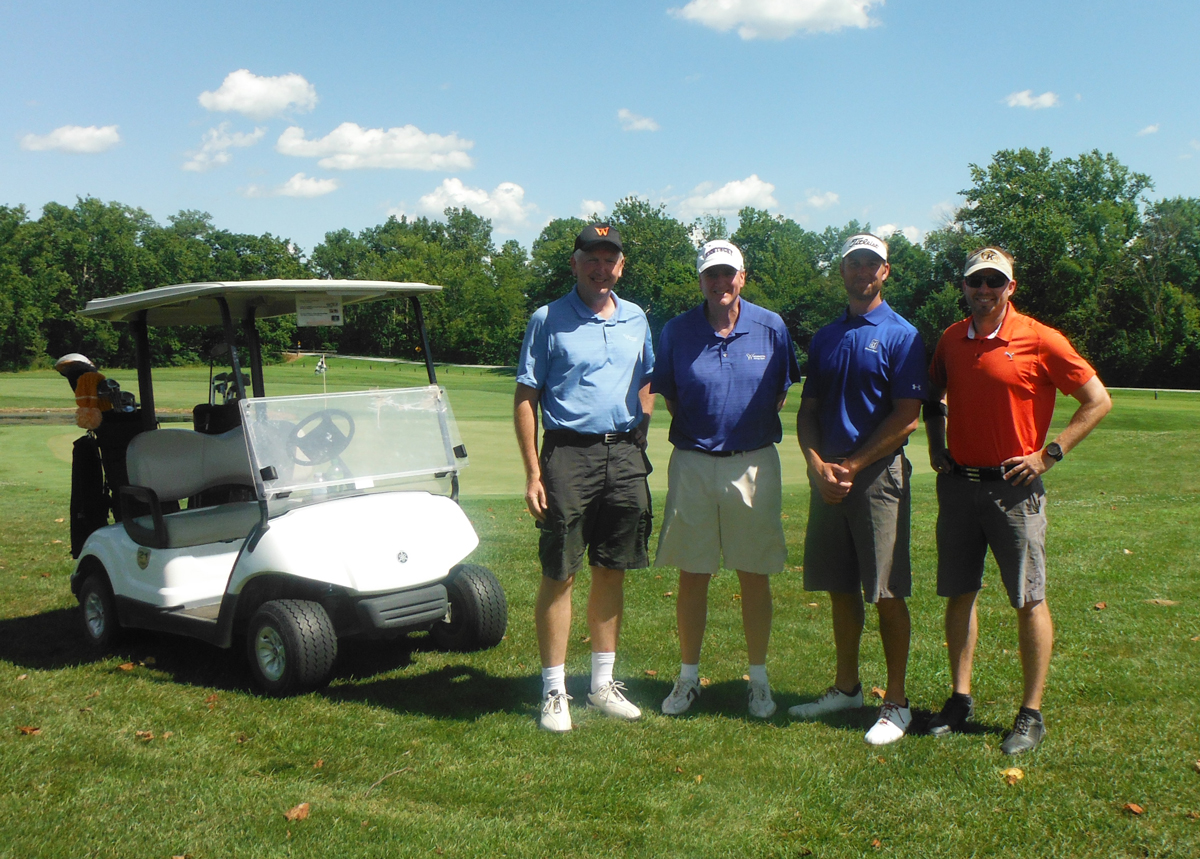 Proceeds from the tournament will go to purchase construction materials to build homes in Clinton County. More than 200 businesses and friends supported the event that is the primary generator of funds for the organizations.

The second place team was Dick Reynolds’ team with team members Dick Reynolds, Randy Lewis, Bryan Creed and John Osborn who shot a 52. Each team member won a round of golf at the Snow Hill Country Club and gift certificates from Max and Erma’s.

The third place team shooting a 55 was team Good Old Boys with team members of Len Perkins, Ray Richardson, Bill Glaspey and Jim Hilterbrandt. Each member won a round of golf and cart at the Elks 797 Golf Club.

All event winners took home a sleeve of golf balls.